It is easy to see why watermelon is such a popular fruit, especially on those hot summer days. This fruit even quenches your thirst. Watermelon is known for its fruity sweetness, and it’s packed full of nutrients and vitamins. But there are few things as foul as rotten watermelon. So, how can you tell if watermelon is good or if it is the bad fruit in the bunch?

It is easy to spot a bad watermelon. You need to check the skin of the watermelon for any soft and squishy bad spots, especially if those spots have any signs of mold on them. Even if it does not have any mold growth yet, you should still not purchase it; the mold growth will show itself soon.

Watermelons can be tricky. You want to buy one that’s properly ripe but not overripe, and yet, the watermelon’s thick skin can make it difficult to tell. Thankfully it’s still fairly easy to tell a bad watermelon from a good one if you know what you’re looking for. Here are the things that you should look out for before you buy a watermelon or cut and serve one that you have at home.

Save this information for later by pinning to Pinterest

How To Tell If Watermelon is Bad

It is best for your health if you buy a whole watermelon because a watermelon already starts going bad as soon as you cut and prepare it. As soon as a knife pierces the skin and fruit of the watermelon, microorganisms will grow and reproduce in the fruit, especially if you leave it out in a warm environment. Nothing lasts forever, but here’s how you can know if yours is still safe to eat.

The more your watermelon goes bad, the less it will weigh. It may even deteriorate to the point where it will feel like an empty shell when you pick it up. If a watermelon is not heavy and it feels like an empty shell, that is a definite indication that something is wrong. This happens far down the line, though; other signs will appear much sooner.

You should not buy watermelon if it has any tell-tale signs of bad soggy spots, even more so if those spots have any discoloration on them.

Soggy spots in a watermelon’s skin are caused by the skin decomposing in its weakest areas, thus showing the decomposition first. The juice and water content from within the watermelon will start to move into these vulnerable areas, making them soggy and soft. Sometimes you can easily pierce these spots with a blunt object or even your finger.

The decomposition could start on the skin, caused by bacteria from handlers’ hands, but it usually starts inside the watermelon itself. That’s why you can safely assume that watermelon with soggy spots is already bad, and you should not even bother buying or cutting it; you will only be wasting your time and, possibly, your money.

Watermelons have a naturally deep, darkish green color. Some may be brighter than others; that has more to do with the fruit’s ripeness and variety and isn’t necessarily an indication of a bad watermelon. Most watermelons also have lines running across them, sometimes very dark green (almost black) and sometimes closer to yellow. This is perfectly normal and not a bad sign at all.

But sometimes, especially in soggy areas, watermelon can have spots that are brownish in color. These spots are an indication that your watermelon is bad. You can see it even more clearly when you cut the watermelon since the brownish color will start appearing in the flesh of the watermelon itself, usually in the white areas just below the skin, before spreading to the skin.

The following watermelon is not necessarily bad, but it is definitely overripe. Overripe melons will be mushy and sometimes mealy. While you won’t get sick from eating overripe melon, it is not very pleasing in taste or texture.

Sign #4: Mold Growth On The Watermelon’s Flesh Or Skin

Mold growth on food is never a good sign, and watermelon is no exception to the rule. Mold is a form of bacterial growth that especially grows in warm, humid, and dark areas. These are the precise conditions of warm summer evenings in most parts of the world.

If your watermelon has white, grey, black, or green growth on it, either on its skin or, in the case of cut watermelon, on the flesh itself, throw it away. These mold spots may have a furry appearance, but in their early stages, they may be colorized spots. It’s not worth eating a watermelon with mold growth anywhere on it since it indicates that bacteria have already made their home there.

Make sure to look for mold on other fruits too, like lemons, oranges, and peaches!

The watermelon’s skin should have hardly any smell; even the best, freshest cut watermelons will have a minimal scent to them. If anything, it should smell slightly watery with vague hints of sweetness, but most of this will be undetectable through the skin.

When a watermelon starts to go bad, it will develop an overripe smell. It’s like the same watery and slightly sweet smell but far more pronounced. At this point, your watermelon is still safe to eat, but not for much longer.

However, it will soon reach a point where the fruit will start to smell rotten. You can especially detect this if you cut the watermelon open. You will get a sickeningly sweet smell that’s full of decomposition. By this time, your watermelon’s skin will probably be soggy, and parts of its flesh will be dried up and brown.

This is also the point where many watermelons will burst open and spill rotten, foul-smelling juice. If you have a watermelon in a cupboard, waiting for the right moment to cut it up, check on it before it happens to you because the smell can linger for weeks.

The most obvious sign of a bad watermelon is also most often overlooked. Though whole watermelons aren’t often sold with their best before date indicated, you can usually find a sticker on half watermelons or pre-cut packets.

Watermelon has a long shelf life of about three to four weeks, but you should note that this is from the time it is harvested and includes distribution time as well. The easiest way for you to store and keep a watermelon until you cut into it is on the counter or in the fridge, but the refrigerator should not be extremely cold.

The time limit is much lower for cut watermelon, though. Once you cut into a watermelon, the microorganisms start to spread, and bacterial growth is expedited. You should now eat your watermelon within three to five days.

The best before date is carefully calculated based on the specifications of the USDA, so it’s wise to pay close attention to them. If your watermelon is past its best before date, even if it looks okay on the outside, you should play it safe and throw it away. There’s more where it came from, so preferably buy a new one.

Watermelon is a summer treat that many crave. However, it is important to know when it has gone bad so you don’t eat spoiled watermelon. Make sure to check for soft spots & discoloration BEFORE buying a watermelon so you’re not disappointed when you split it open! 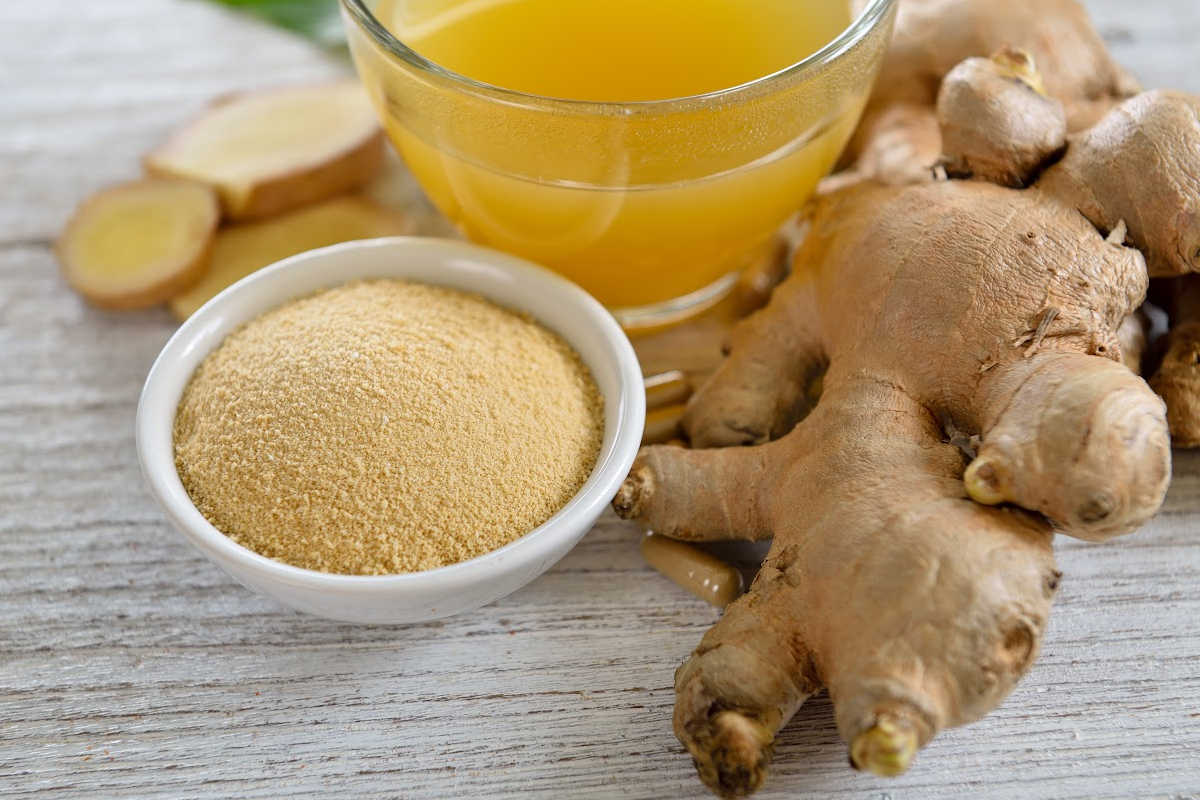 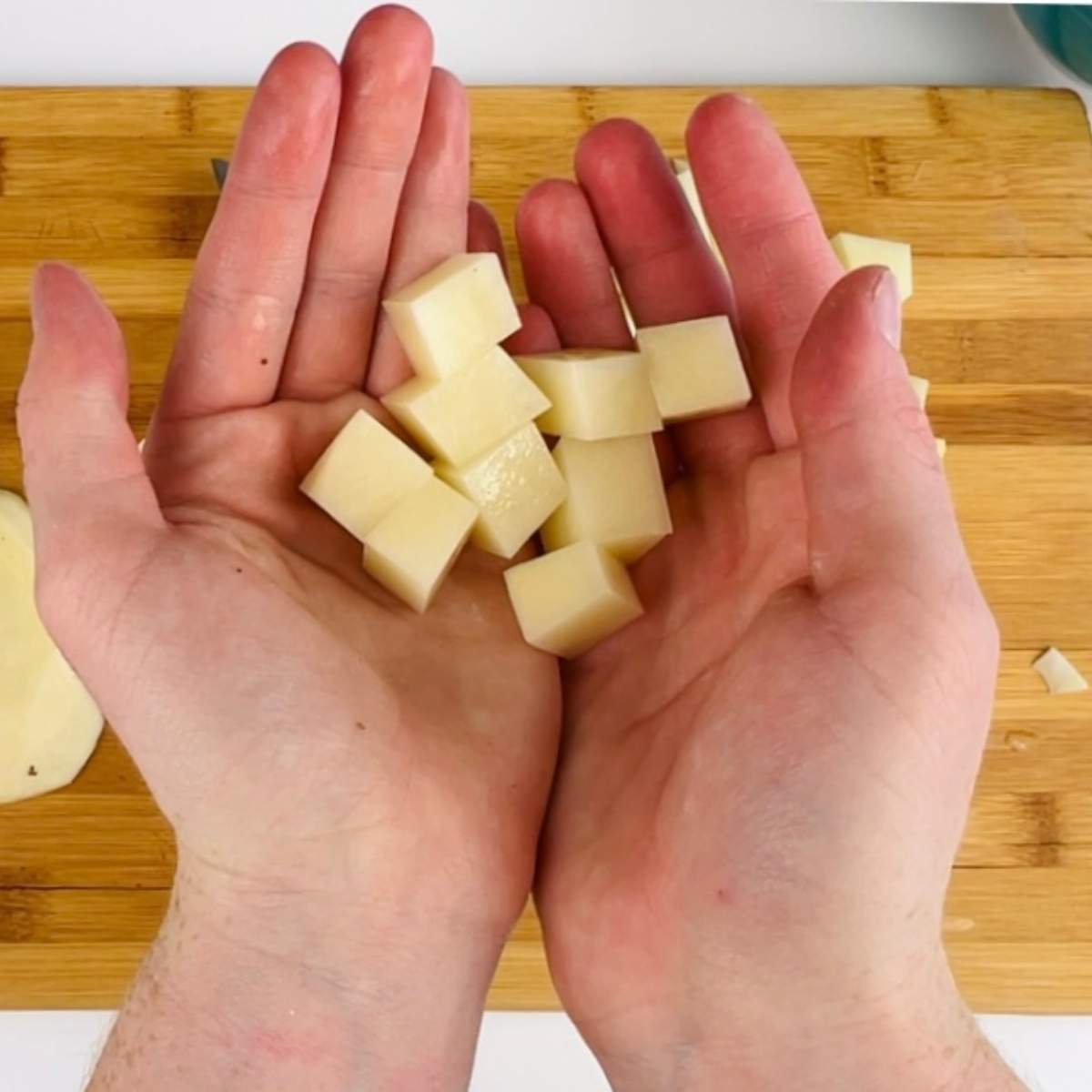 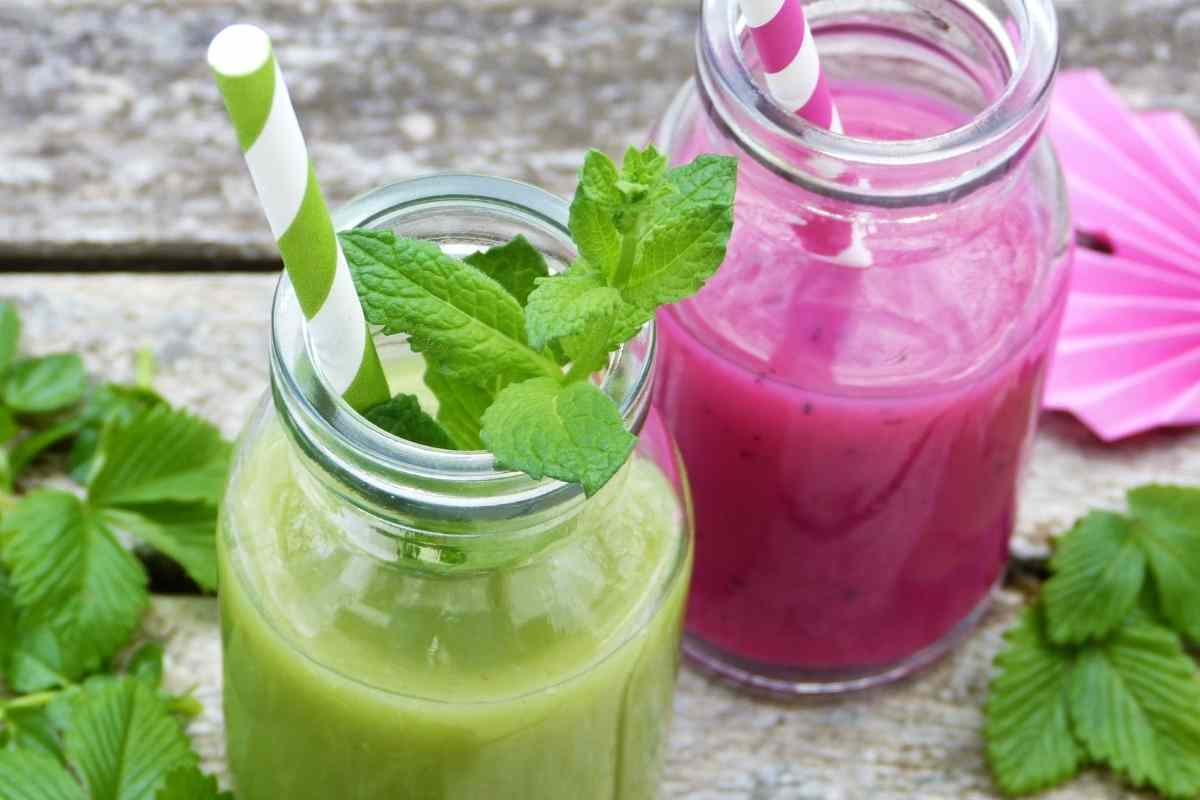 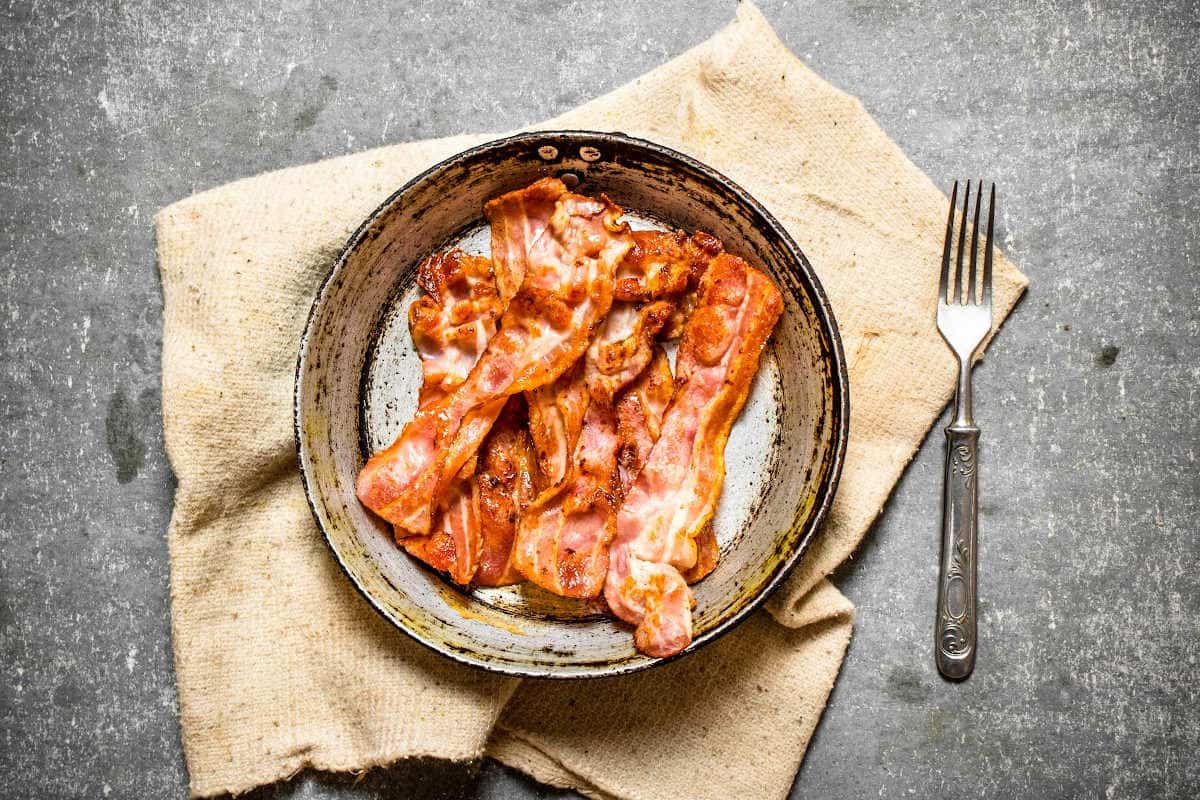 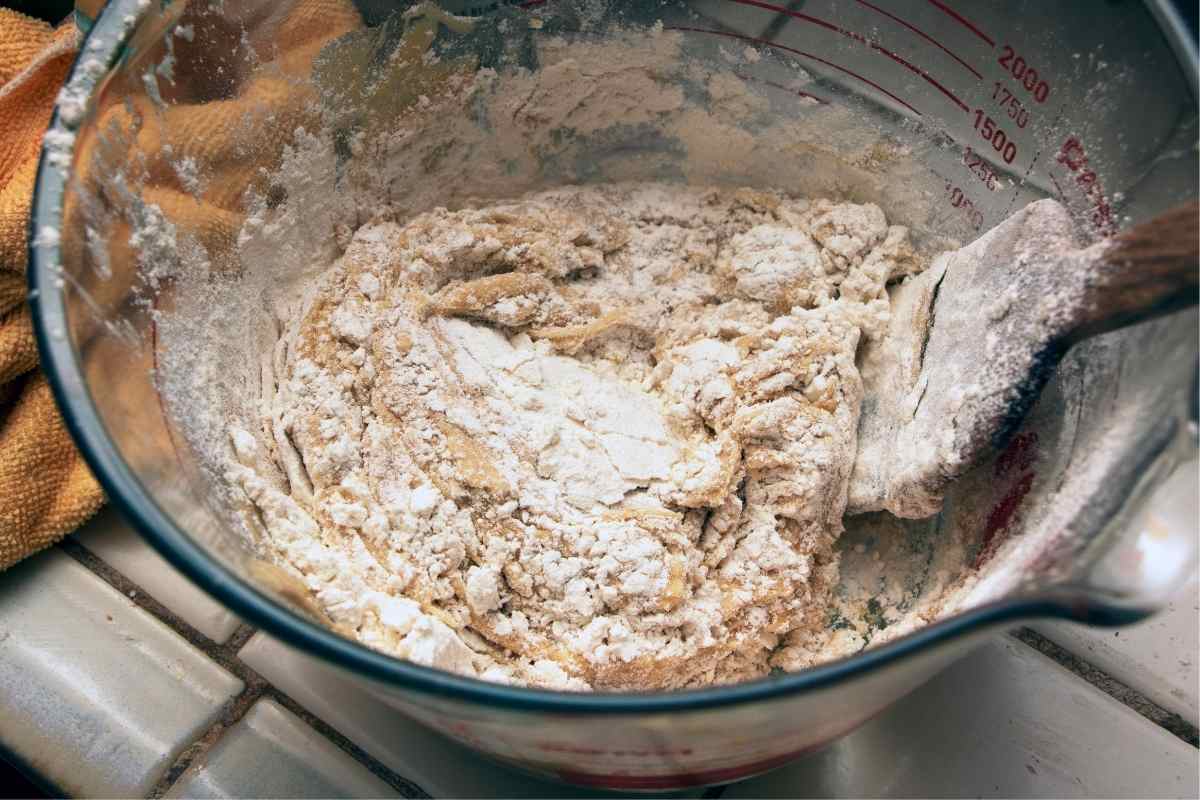 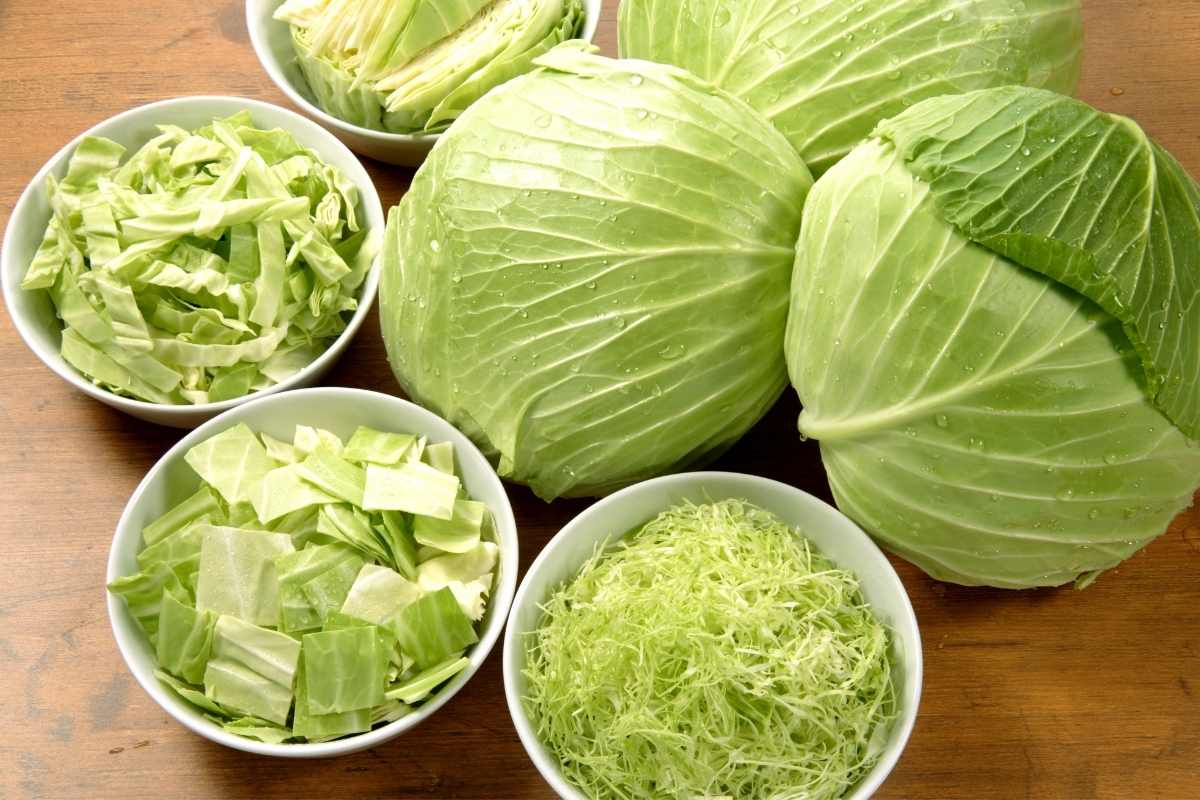